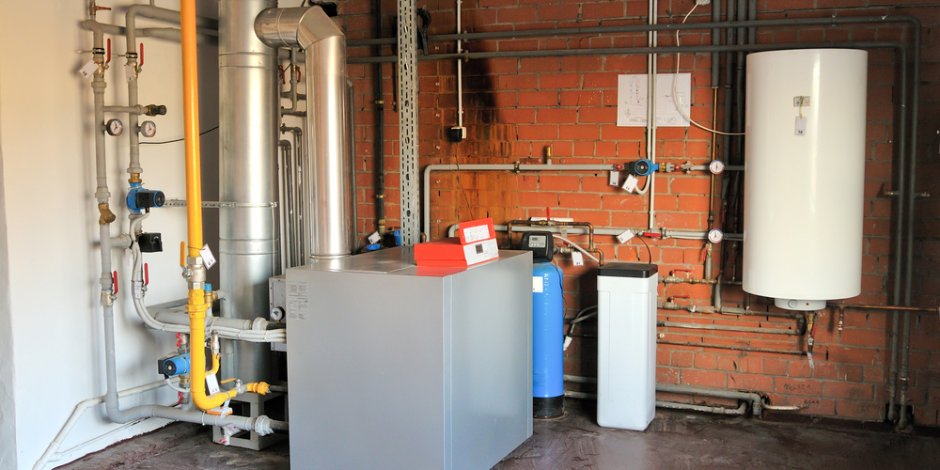 A boiler is an important equipment largely required at industrial facilities. If the boiler breaks down, then all operations at the plant can abruptly come to a halt, thereby stopping production and causing a mammoth loss.

Studies show that every year around 30 percent of production loss happens due to machine breakdown. While equipment failures and breakdowns are a common scene in the industry, unplanned downtime can also cost massive production loss. Studies have also shown boiler problems can cost thousands of dollars in equipment repairs as well as hundreds of thousands of dollars in property damage and business income losses.

So, what are the causes of such problems? Why should you consider a boiler installation in Staten Island? Why does a boiler stop working?  Is it due to the loss of water pressure or thermostat issues? It might also be a result of a random leaking and dripping. Whatever the reasons may be, let’s check out:

If your boiler fails to produce enough heat for your home, you’re likely to find yourself in trouble. Usually, heating issue stems from inaccurate thermostats. They are sensitive components, and over time they can lose accuracy. Call in an expert boiler engineer to have your thermostat inspected. Even a slight knock or simple wear can cause damage to the thermostats. If the piece of kit is no longer repairable, it would be best to buy a newer, more energy-efficient thermostat at little expense.

The modern condensing boilers have a condensation pipe at the back of the unit which, if improperly insulated, may freeze and burst during winter. This will cause your boiler to stop functioning altogether, or simply cause a warning light to blink om the control panel.

To defrost the piping and get the boiler up and running again, it’s time to call professional repair services.

Pilot lights go off to prevent an explosive build-up of gas, and can be caused by leaking gas pipes. If you sense any suspicious smell, be quick to call a boiler engineer rather than attempt relight the pilot light.

One of the major problems you are likely to run into could be leaking water pipes. If you notice any loss of pressure, then you might want to replace the pressure release valve. Engage an expert engineer to look for signs of leakage and fine-tune the unit. Don’t try to do it yourself. The consequence of a shoddy job can be disastrous. So don’t risk it – call experts instead.

If you hear some strange noise, you are likely to get into trouble with your boiler. Usually, such noise is caused by the air entering system. It might be also due to the low boiler pressure. Check for leaks and call a professional technician to eliminate those peculiar noises.

The water leakage in your boiler can be caused by several things. The failure of expansion tank can also lead of boiler leaking. Turn your boiler burner on and let it run for while. Check for the water leakage. If it does, then you most likely have to call a technician who can locate source of leakage in order to identify the problem.

Sometimes, you may hear some strange banging noise such as whistling sound or gurgling coming from the system. Don’t gloss over the issues. Let the engineer have a look.

Sometimes, you may hear a kind of rumbling sound similar to when a kettle is boiling. It indicates an explosive buildup of lime scale or sludge on the boiler’s heat exchanger. As a result of this buildup, the water flow gets restricted within the heat exchanger. This can overheat the water, causing it to steam and boil.

Normally, kettling happens in hard water, however it can also happen in soft water areas as well. As it puts pressure on your boiler and costs more to run, it an also reduce the system’s life. If your boiler is producing rumbling sound, it’s time tim call out a gas safe registered engineer who can efficiently flush out the system to eliminate the build-up of these deposits and ensure the system is working properly once more.

Sometimes, you may expect major damage from rusting on your boiler. Contact an expert immediately and have offensive areas covered with a patch as a temporary solution. Depending on the condition of the equipment, you may want to consider replacement.

A chimney liner may fall due to prolonged use and high temperature. Find out an expert engineer to address the issue and have it resolved before it leads to more complicated problems.

Apart from these common issues, boiler problems can also result from several other issues. Whatever they may be, be sure to call out reputable professional repair services. If the condition of the unit is beyond repair, don’t hesitate to consider boiler repair in Staten Island.